The OMRS are pleased to announce that it has teamed up with Helion & Company to promote our publications and to ensure we continue to offer a quality publisher to our authors, and the best books we can to our members.

To purchase any of the books shown below from Helion, please click on the "To order this book click HERE" in the description and this will take you directly to the Helion Website where you can proceed to complete your order from there. 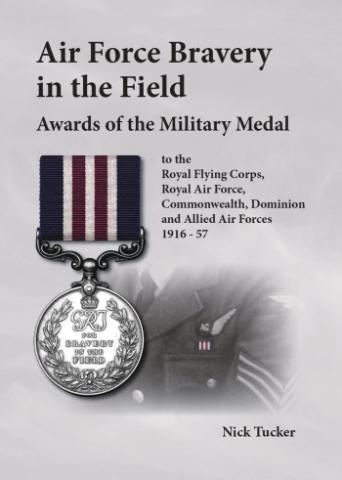 Air Force Bravery in the Field

A detailed study of the Military Medals awarded to the air forces between 1916 and 1957. Many original records have been researched to provide an account of each recipient’s life, record of service, the events leading to the award, previously un-published recommendations and citations, and details of other awards.

The book is divided into chapters covering the First and Second World Wars, the period between these wars and the period 1946 to 1957. The awards for the Second World War are arranged into the main areas of conflict and those awarded for escape and evasion.

The book has many illustrations in colour and black and white, and each recipient’s medal entitlement is illustrated by a ribbon bar. 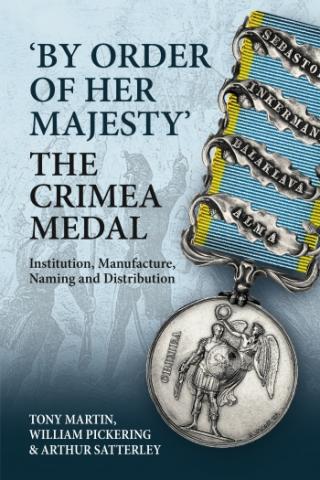 By Order of Her Majesty: The Crimea Medal

The Crimea Medal radically changed the entire process of both the manufacture and distribution of campaign medals forever. Awarding such medals in bulk was a relatively new concept anyway, but pressure from Queen Victoria to issue this one while the campaign in Crimea was still being fought placed huge strains on those responsible for ensuring that soldiers and sailors received recognition. In the process this created problems for collectors which continue to this day because so many medals were issued unnamed.

This fascinating study by a team of three authors looks at the institution of the medal and its clasps, the monarch's influence, the manufacturing process and includes a detailed look at the naming - both official and unofficial - of the medal.

It is the most comprehensive study of its kind ever undertaken and is a must for medal collectors and for anyone who is inerested in the Crimean War. 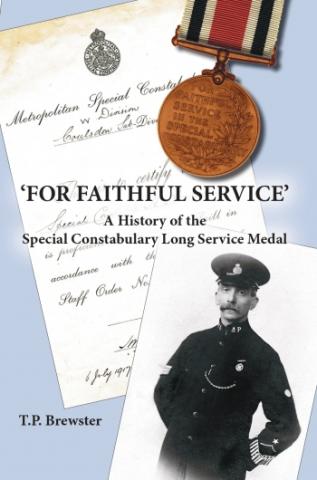 The origins of the medal are described in detail including the struggle to get official recognition for the service given by the Special Constabulary. The unofficial medals and certificates issued by local and county authorities during and after the First World War are also listed. The history leading to the various issues of the long service medal awarded to the Ulster Special Constabulary is comprehensively covered. TIle author describes the unique case for the award of this medal to the Rhodesian Special Constabulary. Other chapters deal with the history of the Specials, the numbers of medals issued and associated ephemera. 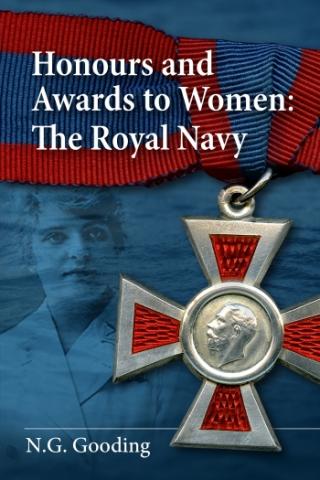 Honours and Awards to Women: The Royal Navy

Norman Gooding is one of Britain's leading experts on honours and awards to women, in addition to being a past President and long-serving General Secretary of the Orders and Medals Research Society

There are full rolls of all honours bestowed on those who served in the separate women's sections of the Royal Navy until these were absorbed into the main body of the service in modern times. There is also a list of those who received long service medals and a mass of information about campaign medals.

This book is a unique reference work. 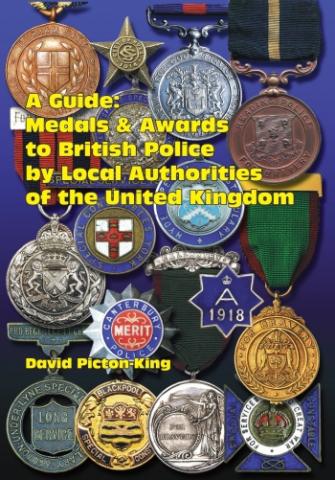 As the title says this is a guide to the many varied local awards given to police officers for gallantry, meritorious and long service. They are listed by the issuing authority and each entry has details of the award, mits history and an illustration. Most of the awards are medals with a ribbon while some are metal or embroidered badges.

This is an excellent reference to an interesting and unappreciated area of police history. 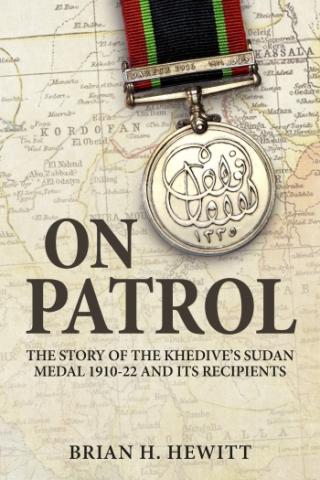 This is a detailed account of a medal and its clasps awarded mainly to Egyptian and Sudanese soldiers, but also to manu British soldiers, airmen and civilians.

Descriptions of the actions that lead to the award of the clasps are included together with lists of the recipients. Comprehensive biographies of the British officer recipients are also included. The design and naming of the medal is fully covered and illustrated.

This books is an important reference for a previously neglected medal and provides a fascinating insight of the Sudan during that time. 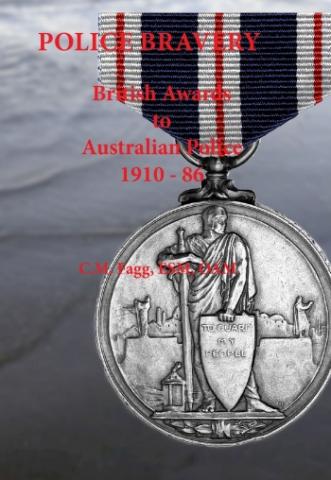 This book is a comprehensive listing of the British awards made to Australian police and includes detailed descriptions of the events that led to those awards being made. Each of the state and territory police forces has its own chapter describing the awards made to that force including those in New Year and Birthday Honours. The author also gives details of Australian awards where these have been made to the recipients of British awards. A very interesting study. 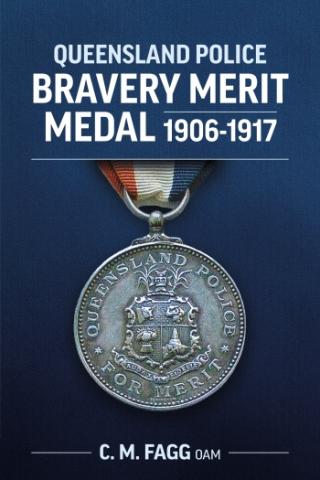 Little was known about the rare Queensland Police Bravery Merit Medal when Chris Fagg began to research it in the mid-1980s. Painstaking work by Fagg, himself a former Australian police officer, over three decades has resulted in the first complete roll of the 102 medals and four bars awarded to Queensland policemen during the medal's short life from 1906 to 1917.

As well as the roll, this new OMRS publication includes a history of the medal, full details of every incident for which it was awarded, photographs of many recipients and information about their other decorations and medals.

This study of a previously long-forgotten award is a must for the bookshelves of those interested in Australian medals or police gallantry as well as a fascinating record of a turbulent times in the history if Queensland. 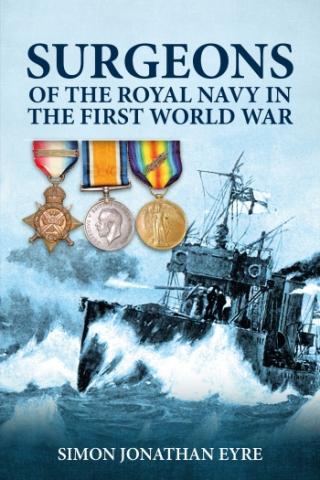 Surgeons of the Royal Navy in the First World War

The surgeons of the Royal Navy played a crucial role in making it the effective fighting force that it proved to be during the First World War. Yet their contribution has sometimes been overlooked as historians concentrated on the men who commanded fleets or individual ships, manned the guns or served ashore with the Royal Naval Division.

Simon Jonathan Eyre has rectified this with his monumental 772 page work on naval surgeons and surgeon probationers. Every aspect of their service is examined — he looks at the different types of surgeons, their ranks and qualifications, naval hospitals and hospital ships, the casualties they suffered, and the decorations and medals that they received. At its heart is a massive nominal roll of every RN and RNVR surgeon who served during the First World War. This is a truly impressive piece of research. 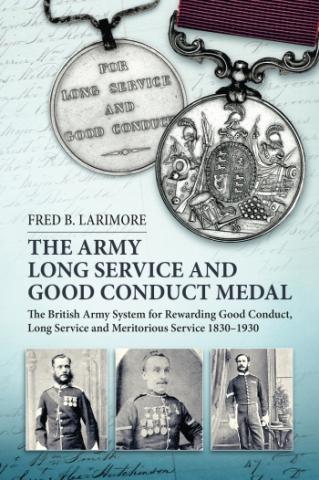 The most detailed study ever published of how the British Army's system for rewarding good conduct and long and meritorious service evolved over the century from 1830 to 1930. Fred Larimore, a highly knowledgeable collector of Army LS&GC Medals, has examined the vast number of Royal Warrants, Army Circulars, War Office Orders, regulations and other original documents held in The National Archives. Many of these are reproduced in the book.

The medals issued for long service and good conduct during this period are described in details and fully illustrated, including the various naming styles. The Honourable East India Company's medals are included as they were an integral part of the rewards system's development. 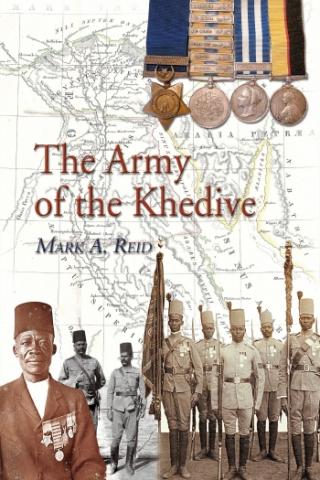 The Army of the Khedive

A detailed account of how the Egyptian Army earned over 14,000 medals during the period 1882-89 and analyses the issue, naming and distribution of these medals and clasps.

It covers the Egypt Medal, Queen's and Khedive's Sudan Medals. The operational service of the Egyptian Army, with orders of battle, is included and each unit is described in detail together with lists of officers. 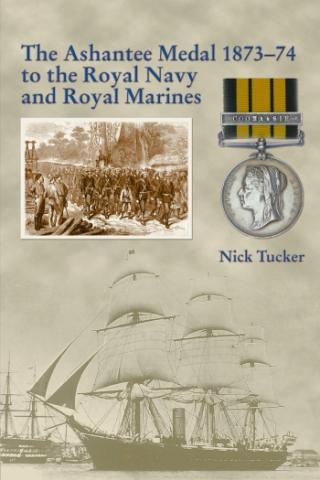 Nick Tucker is well-known to OMRS members for his Journal articles and award-winning Convention displays about his collecting theme of medals awarded to recipients sharing his surname. It was a 2014 display that led to the Society asking him if he would turn his remarkable piece of research for the Convention into a book. Tucker had compiled a complete roll of the 4,735 medals and 736 clasps awarded to the Royal Navy and Royal Marines for the Ashantee campaign of 1873-74 and this is now being published by the OMRS. It includes a short history of the campaign, a chapter on the design and production of the medal, a ship-by-ship roll of recipients, a table of medals awarded by rank and ship and many illustrations.

It is an essential reference book for those interested in the Royal Navy or in 19th century African campaigns. 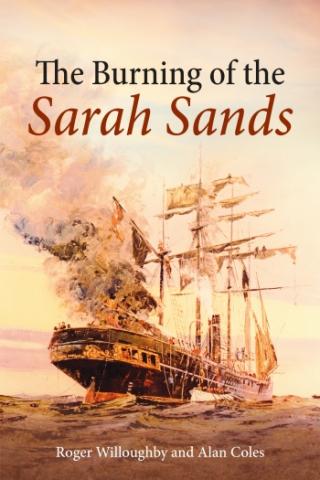 The Burning of the Sarah Sands

This book tells the story of the Sarah Sands, a pioneering auxiliary screw steamer launched in Liverpool in 1846. The second ocean-going iron steamer ever built, the Sarah Sands made a series of remarkable voyages across the Atlantic, on the Pacific coast of the Americas, and to Australia, carrying passengers, mails and cargo. Pressed into service as a troopship during the Crimean War, it was the outbreak of the Indian Mutiny in 1857 that would see the ship become a cause célèbre noted by Kipling, Thackeray, and many others. These events, the stories of the people involved and the medals they received, form the heart of this book.

While carrying 368 officers and men of HM 54th (West Norfolk) Regiment and a number of their families, on 11 November 1857 the Sarah Sands caught fire while in the middle of the Indian Ocean. Managing to jettison most of the cargo of gunpowder through herculean efforts, the soldiers and crew fought the fire for over 16 long hours, during which time an explosion ripped a hole in the ship’s stern. When eventually the fire was extinguished, half of the Sarah Sands was a burnt-out shell. Despite this, the ship managed to reach port safely in Mauritius and would go on to sail the oceans until she was finally wrecked on the Laccadive Islands in 1869.

The first full account of the Sarah Sands, this book commemorates the heroic – and sometimes quarrelsome – men and women who were aboard her during her most famous voyage and details for the first time of each man’s medal entitlement. 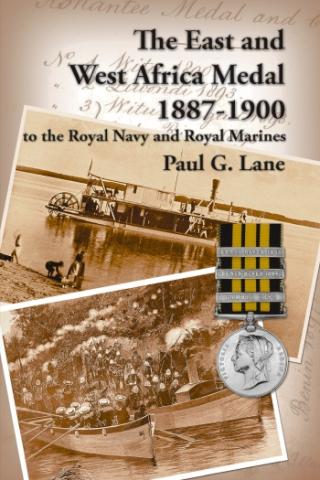 The book has a complete listing of all the naval personnel who were awarded this medal with one or more of the fifteen possible clasps. The listing is broken down into each clasp and each ship for that clasp. Details of the medal, the clasps and variations in the naming are fully described, as are the operations for each clasp. Honours, awards, promotions, multiple clasp medals and casualties are also listed. The relevant despatches from the London Gazette are reproduced in full. 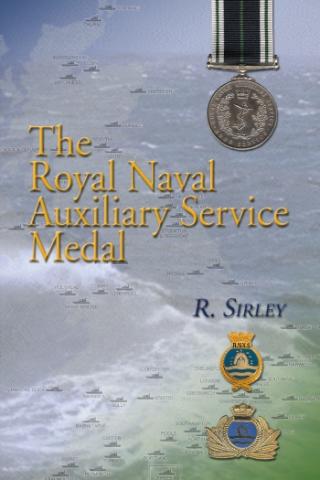 This book describes in detail the institution of this long service medal, its design and the requirements for its award. All the awards, including clasps, are listed together with details of where the recipient served and any other medal entitlement.

Also included is a brief history of how the Royal Naval Auxiliary Service evolved from the Royal Naval Mine Watching Service, the role of the Service, as well as information on ranks, uniforms and service units. 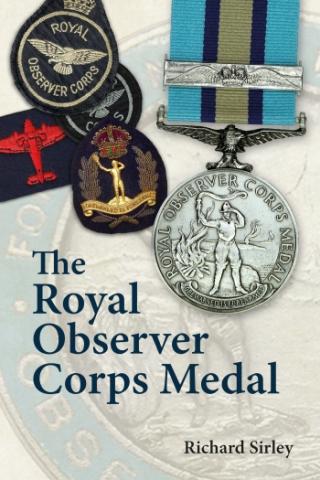 A complete history of this long service medal from its introduction in 1950 to when the corps stood down in 1995. All the recipients of his medal are listed together with details of when the award was made, any subsequent award of clasps, where the recipient served and any entitlement to other awards.